Father Ignacio Larrañaga was born in Spain on the 4th of May 1928, in the city of Azpeitia, in Gipuzkoa in the Basque Country.

In 1940, at the age of 12, he entered the Seminary of the Capuchins in Alsasua and was ordained priest on the 20th of December 1952, in San Sebastian.

He lived in Chile from 1959, where he began a series of Weekly Franciscan Gatherings. As a result of this prolonged evangelization, and with the passage of time, a great enthusiasm began within the members of the Franciscan family, that was not limited to emotions and words; but it took shape into beautiful projects.

From 1974, Encounters An-Experience of God had been given uninterruptedly for 33 years in 34 countries of four continents, with an average of 35 to 40 annual Encounters and an average attendance of 250 people per week.

In 1974, he became an author, late, at the age of 46; by the year 2004 he had written 16 books. The majority of them have had multiple editions and translated to 10 languages. Now-a-days he is considered as one of the best read authors of religious and self-help literature.

The Prayer and Life Workshops (PLW), an ecclesial service approved by the Holy See in 1997, constitute the pinnacle and crown of all his apostolic activity-as Father Larrañaga himself affirms; through the workshop’s explosive force, its fruits, and the high esteem towards them manifested by the Holy See and the Bishops. The Workshops were founded in 1984 and close to 8 million people have benefited from them. The phrase that clearly summarizes the path travelled in PLW is: from the joy of God to the joy of life.

In the later years he carried out an evangelizing activity to large groups of people, in theatres and stadiums, about Christological and marriage themes.

The works of Ignacio Larrañaga provide analysis and solutions, doctrines and orientation for human needs and problems. These works have helped millions of people experience the joy of inner freedom and the joy of life. His books have been translated into English and other languages. Although the author is Catholic, his message is valid for any Christian, any believer, and simply, for any man or woman as has been demonstrated throughout many countries. In fact, many psychologists recommend his books to their patients. 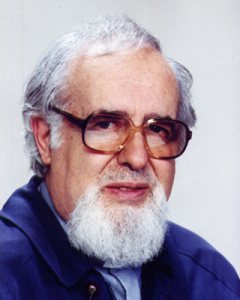 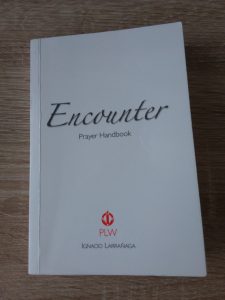 The Encounter Prayer Handbook – A development of poems and songs for different states of mind, life situations and others.

The Path – is a collection of prayers, songs and prayer methods  for young adults who want to discover and encounter Christ.

The contents have a youthful tone on the one hand, but on the other can be used in a number of circumstances, situations and states of mind. 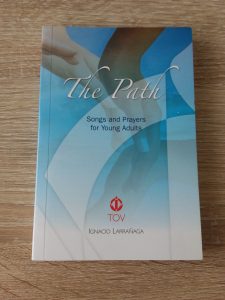 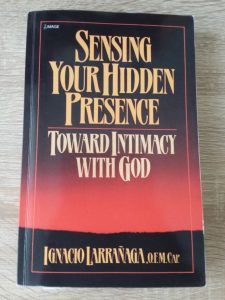 Sensing Your Hidden Presence – Offers a detailed contribution to those who want to initiate or recuperate the experience of God and to those that yearn to advance in the fathomless mystery of God.

This reveals a total journey towards God, from the first steps to the depths of contemplation.

Addresses and analyses the stages of difficulties that arise on this journey; dispersion and contemplation; the silence of God and the certainty of Faith; the purifying trials; devotion and aridity; distractions, dryness and consolation; inner solence and the means to attain it.

Psalms for Life – help the reader to comprehend the lengthy dialogue of man with God and God with man, to understand the concrete situations into which we are born, because it is in the psalms that the passion of the word is sealed, histories of bloodshed and histories of  love; moments of panic, exile, persecution, mystical experiences, fear of death and other fearful situations.

In the words of the author “it is urgent to begin the journey which will lead us to the interior of the psalms, navigate in its seas, fathom the richness of their abyss, fill one’s eyes with light, become contagious with life and afterwards come to the surface with our hands full of the richness and novelty of the psalms.” 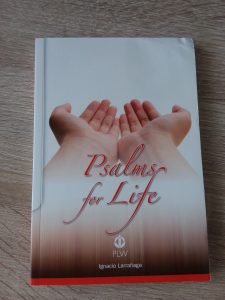 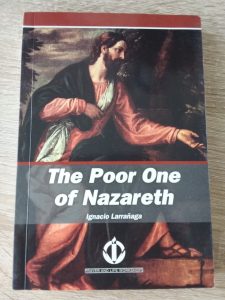 The Poor One of Nazareth – is an original creation that offers the reader rich and varied documental, historical and doctrinal information based on the documentation of the New Testament.

The novelty of this book lies, not only in its documental value but rather its testamonial character.

The Silence of Mary – leads the reader to the real image of the Mother of Jesus. Everything that is definitive is found in silence. Silence has been the trademark of Mary’s personality, and in her case, it signified availability and receptivity, fullness and fecundity, fidelity and humanity. 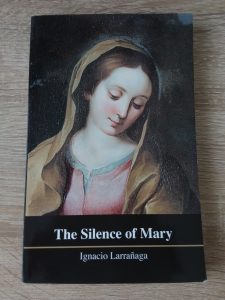 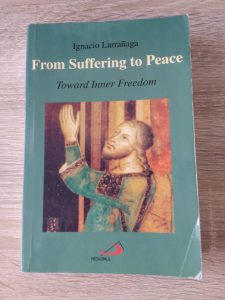 From Suffering to Peace – What do we do with suffering? How do we mitigate it? How do we transform it into our travel and pilgrimage companion?

From Suffering to Peace intends to place into the hands of the readers, practical means that they themselves can neutralize or at least mitigate all or any suffering.

Come with Me  – Addressed, above all, to religous who live in community, it is also written for those Christians that in different ways are integrated into community groups, gatherings of lay people …

The ideas that are expressed can also be applied to the marriage world, the first human community, and in general to the household.

It highlights the themes starting with lonliness, aloneness and solidarity; it continues with the mystery of fraternity; the conditions needed for loving, the sense of self-sacrificing love, and love as the core of interpersonal relationships. 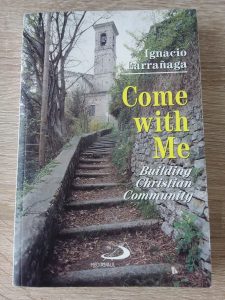 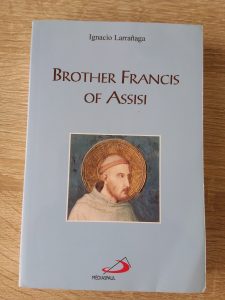 Brother Francis of Assisi – This is the biography of St. Francis of Assisi. Its pages are filled with excellent guidelines for men and women of today who want, like Francis, to deepen their prayer life and service to our neighbour.

Other books by Father Ignacio Larrañaga :

The Fire and the Rose

The Meaning of Life

The Art of being Happy

The Forces of Decadence